Continuing my series of posts of stuff I did in 2018 (see Books), I wrote a few notes about video games I played this past year. I’m not a very consistent game player; I’ll go weeks without picking up a controller. On the occasions I did play, I mostly played Zelda: Breath of the Wild which I chronicled last year.

This is a fun little party game you can play with up to six people. Each person needs a phone/tablet as well, and have to install the That’s You app. Basically, it’s a lot of silliness that you have to answer about your friends (eg “Who is the worst cook”, “What is [name] dreaming about?”), or draw on people’s selfies. Surprisingly fun!

Another fun in-person multiplayer group game. The premise is embarrassingly silly; each player is a chefs in a zany restaurant, working together to put together food orders. Someone might be cooking hamburger meat, someone might be chopping tomatoes, someone else might be assembling a burger and delivering it to customers. Meanwhile, dirty dishes back up, and inexplicably, your kitchen breaks in 2 for awhile. Seriously. Very fun casual group game; a lot of the fun is getting in each others way and actually trying to come up with a system to succeed.

This is single player puzzle game that mimics writing assembly. As the levels progress you get more commands at your disposal. Puzzles eventually get to sorting, removing duplicates, etc. Each puzzle includes some stretch goals like fewest number of commands. Great puzzler! I played it on my phone, which was made the UI a little tight. This game is built for touch, or at least the ability to click and drag. 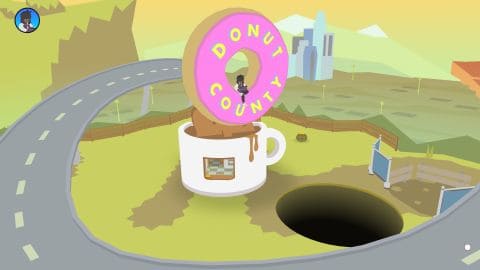 A single player game where you control a hole in the ground that gets bigger as it consumes more and more stuff. Kind of Katamari-esque. It’s not a particularly challenging game, but it’s cute and fun.

From the creators of Limbo, this is another visually dark and visually impressive game. It’s a single player 3d rendered side-scroller with elements of action, suspense, and puzzle solving. I loved it. Some tricky puzzles and scenarios. As a warning of the enemies are pretty terrifying and some of the ways the protagonist can die are gruesome.