I’m lucky that I have a lot of friends and family who like to play a lot of differnet kinds of games. I don’t usually play these games exhaustively; maybe a handful of times. The exception was Pandemic Legacy which I wrote about in September of 2017. 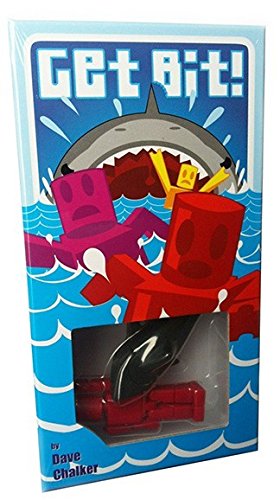 Simple game with a simple mechanic. The goal is for your character to not get eaten by a shark. This can be played in about 15 minutes which is a nice way to kill some time. I wouldn’t revolve a boardgame night around this. 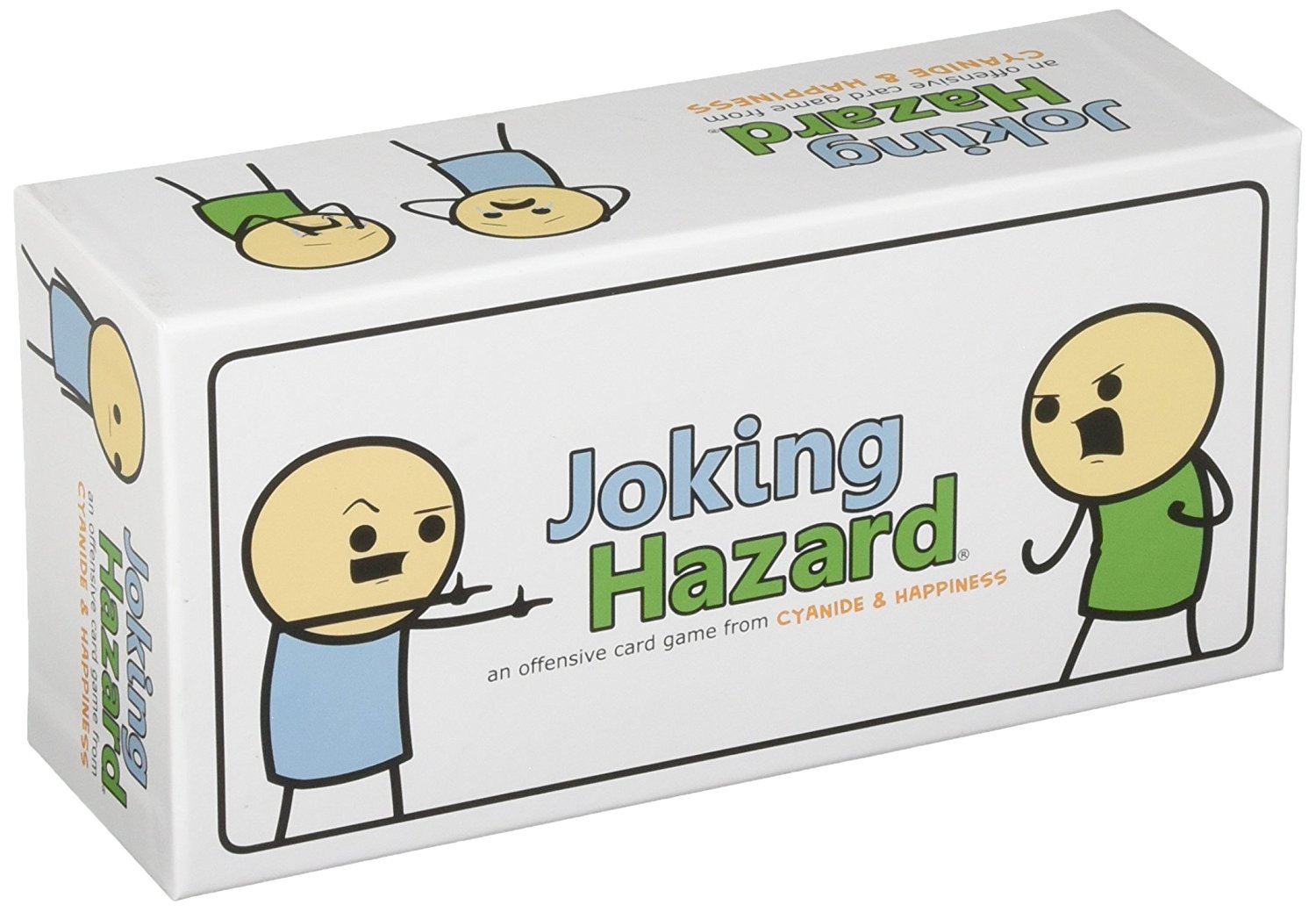 Basically a visual version of Cards Against Humanity where each player is trying to build the funniest comic strip. Very NSFW, but fun for parties, and casual, large groups. There’s a couple expansions available too. 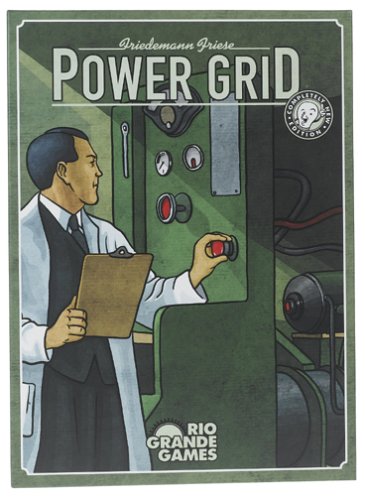 This is similar to Ticket To Ride but more intricate and interesting. It requires powering interconnected cities using different kinds of power plants. Power plants have different capacities at different prices which require different resources. It’s also a neat exercise in supply and demand. Very fun, requires a couple hours. 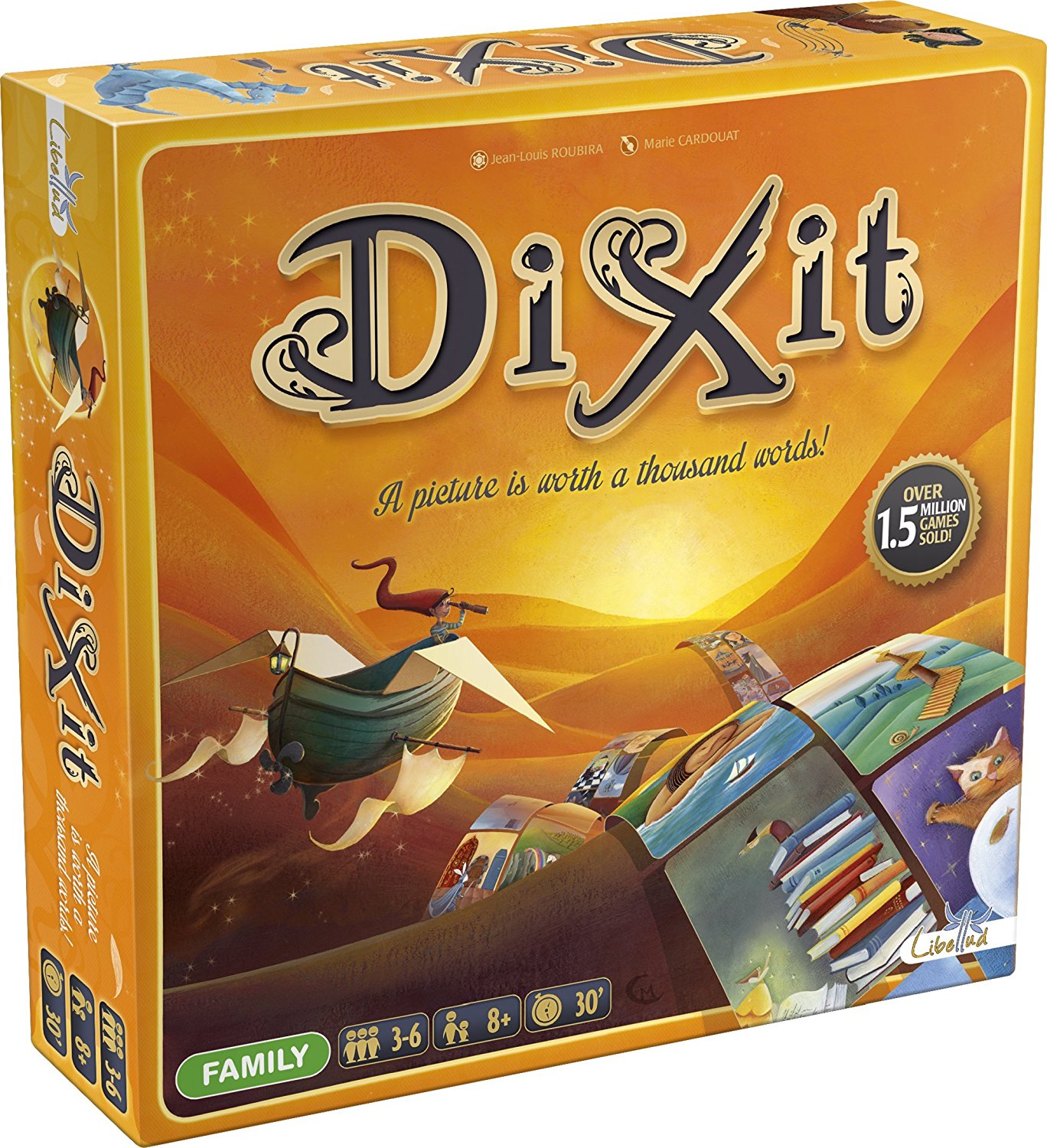 I’ve played this before, but I figured I would document it here. Each person has a few cards with wild, vibrant, unusual artwork on them. Each player takes a turn as the storyteller who chooses a card from their hand and comes up with a short story (can be a word or phrase) that describes it. The other players choose a card that would work for the same story. The storyteller is trying to getting some, but not all of the players to guess his card. If all, or none of the players guess his card, the storyteller is penalized. Fun for small groups. 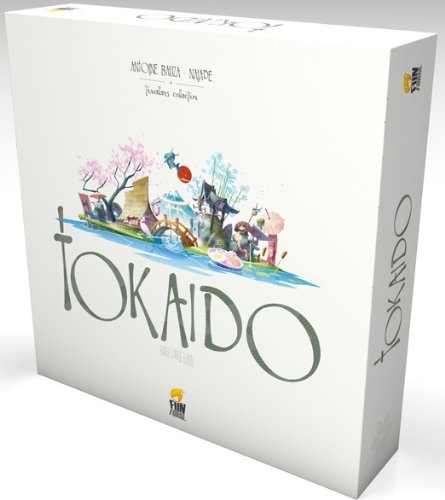 The object of the game is to have a better Japanese vacation than your peers which is a hilarious premise, but a solid game. There are several strategies you can take. Once you get the hang of the game, it’s pretty quick. About 45 minutes. Also, the artwork and design are superb. 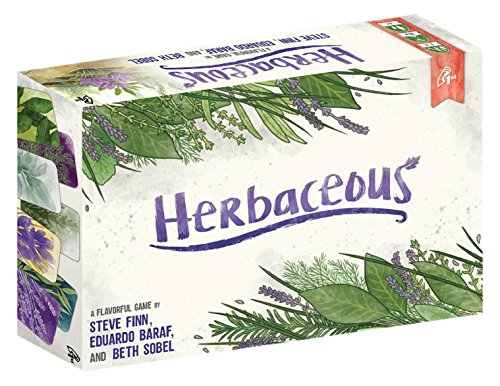 A fun little card game with beautiful watercolors of different herbs. The goal is to collect cards in order to form different groupings of herbs. For example, all different herbs, all the same, several distinct pairs of herbs, etc. Every player takes a turn collecting 2 cards, one of which must be put in a community pot. You also have the option of taking from the community pot if you’re ready to form your herb group. Fun game, interesting strategy. 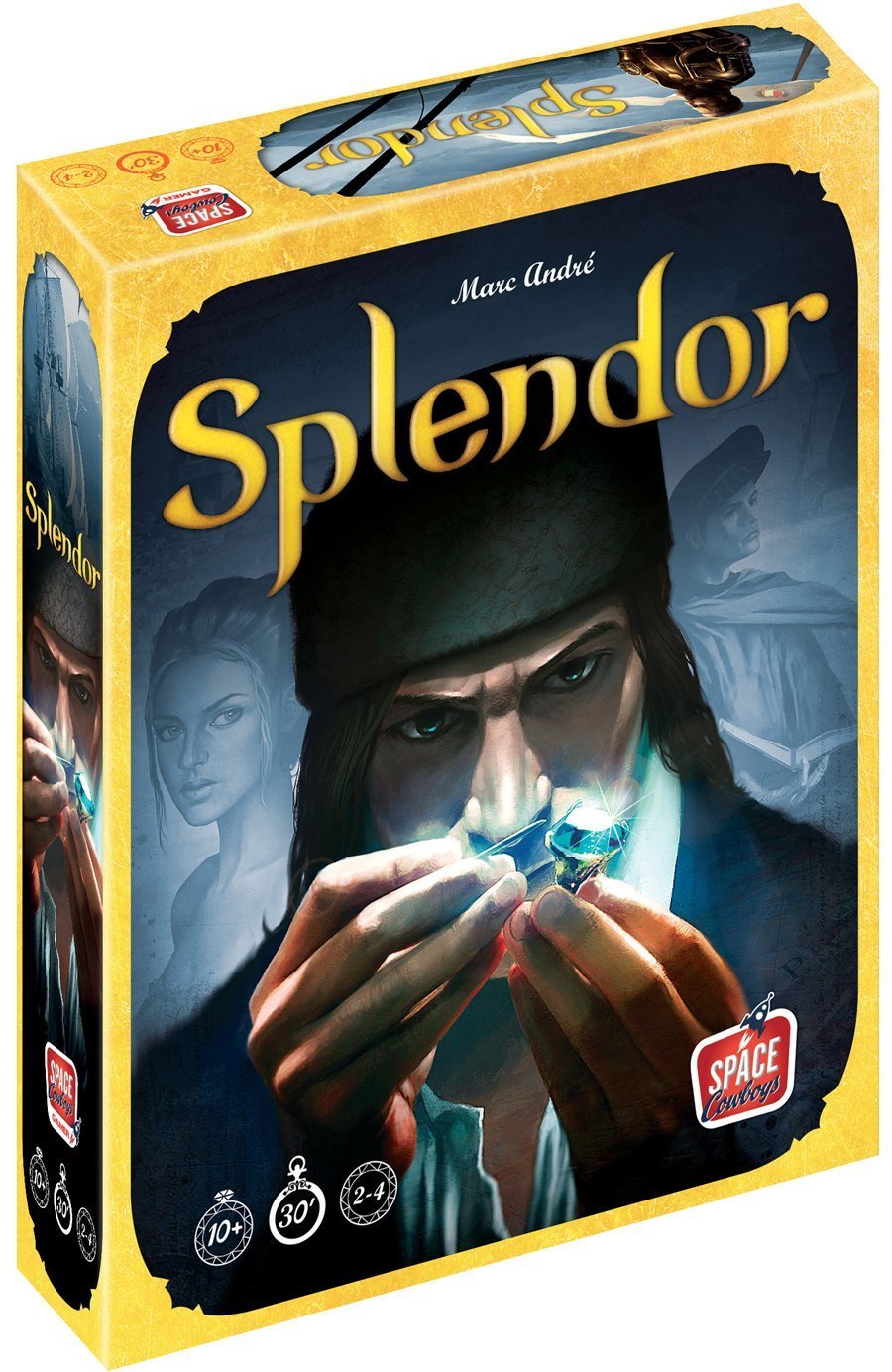 Another game I’ve played before but wanted to write about. Each player chooses a few different colored gem coins on each turn to purchase cards that act as a permanent gem coin. (Ie, a ruby, diamond, and 2 emeralds may get you a diamond card). Some of these cards, which require more and more gem coins give you points, and you need 15 points to win. You can also purchase nobles if you have the appropriate number of cards. There’s a few more rules involving joker (wild) coins, and reserving cards. It’s not very complicated, but I find it very compelling. Older kids (maybe ages 8+) can get into it too. 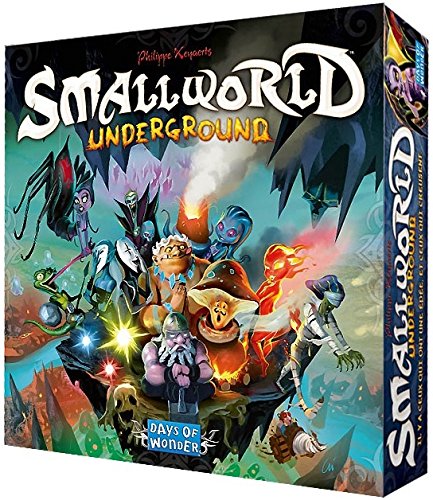 This is an another version of Smallworld, with different races and abilities. Basically you have a map of a world, and each person is given a race and an ability. You use this to your advantage to gain coins. Eventually you die out and you get another race and ability. The underground version has a few tokens and treasures that can really disrupt the world. Smallworld is a neat game, but I find it strategically difficult because it’s so hard to keep track of what all the different races and abilities do. 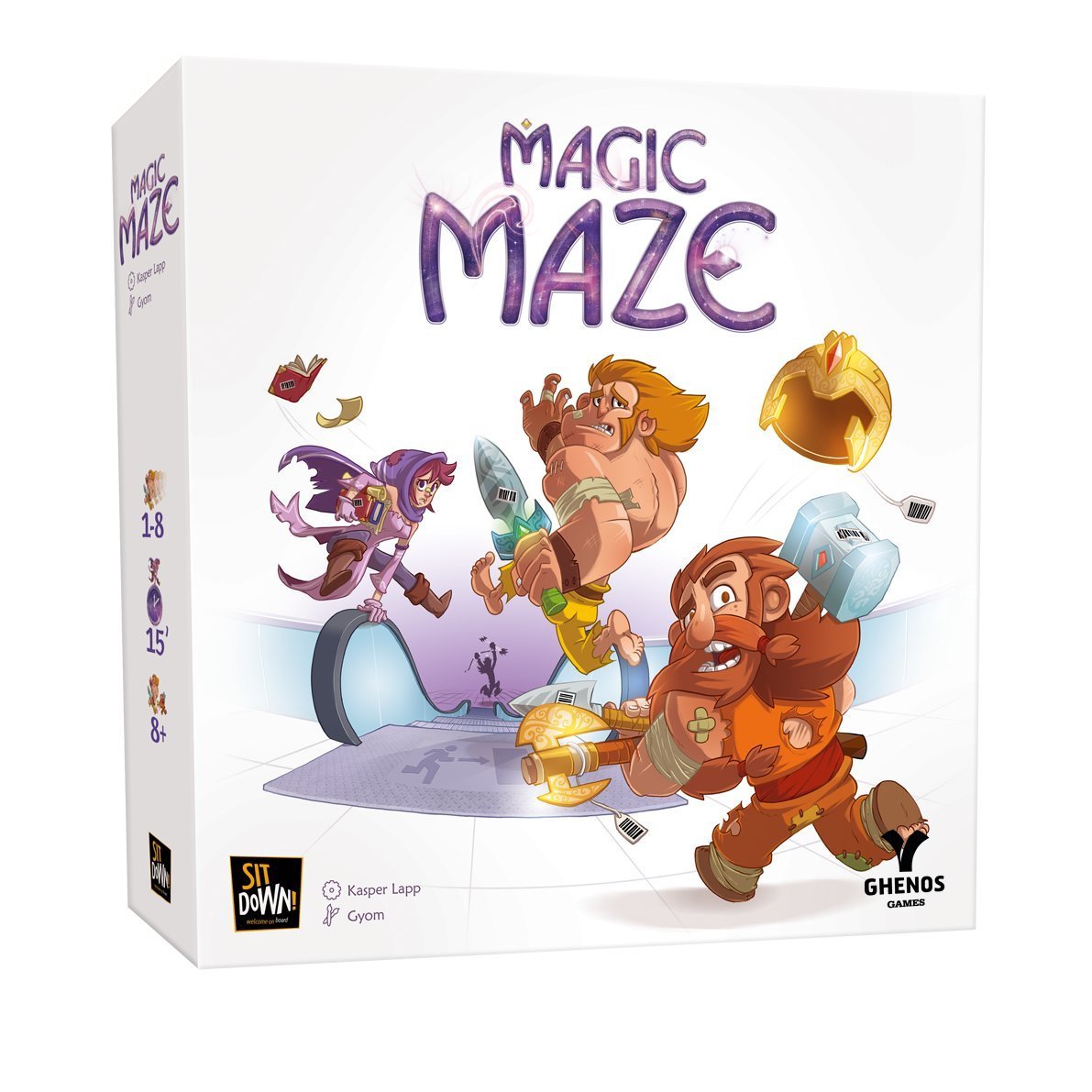 This is a novel cooperative game all the players jointly control four characters to rob a mall and escape. Each player can only move the characters in one direction and one special move. Oh, and the players are not allowed to talk for long stretches at a time. Games only last a few minutes, but it’s fun and pretty intense! Surprisingly, it was easier with 3 players than 4 players. 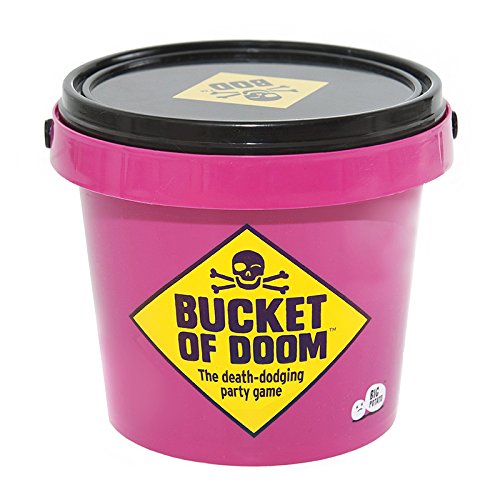 A fun, somewhat NSFW party game. There’s a deck of Doom cards that relay a bizarre deadly scenario, and each player has a hand of cards with random objects named on them. Each player has to concoct a story about how they avoided certain death by utilizing one of their object cards. It’s a fun, silly party game.