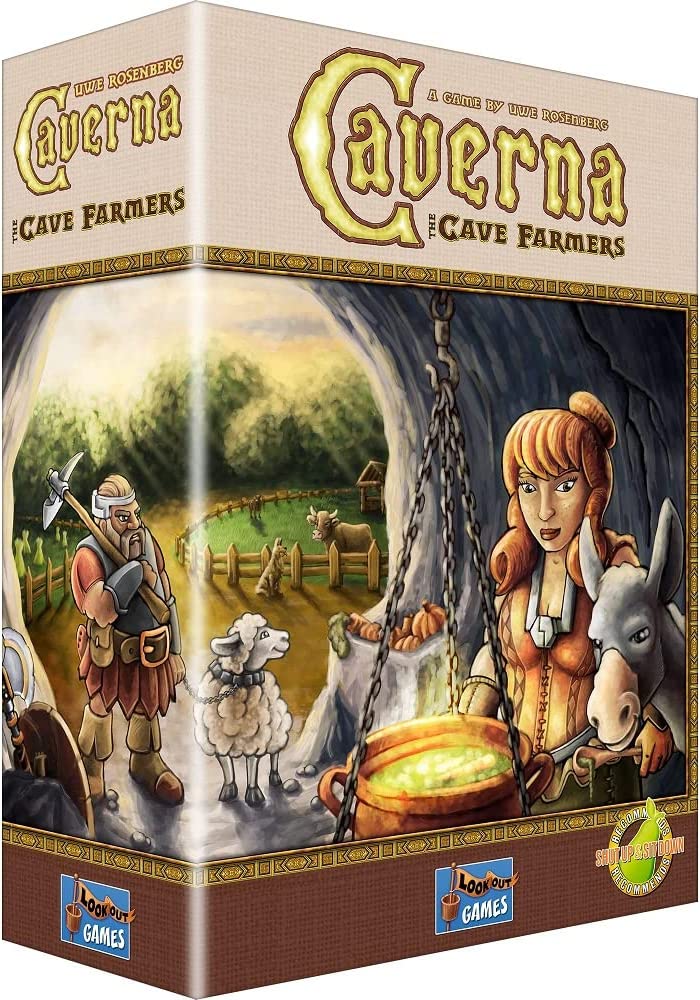 The spiritual successor to Agricola, players in Caverna each maintain their own greenspace for farming and caves for mining. Players can branch into a number of different strategies, like grow a family, undertake expeditions, and add dwellings to their cave, each of which has their own benefits and drawbacks. It’s kind of a board game version of Age of Empires or Stardew Valley to some extent. It takes a few rounds to get the hang of it, but it’s pretty fun. Unfortunately, the game goes on a bit too long. In our 5 person game, we were unable to complete it after several hours of play. 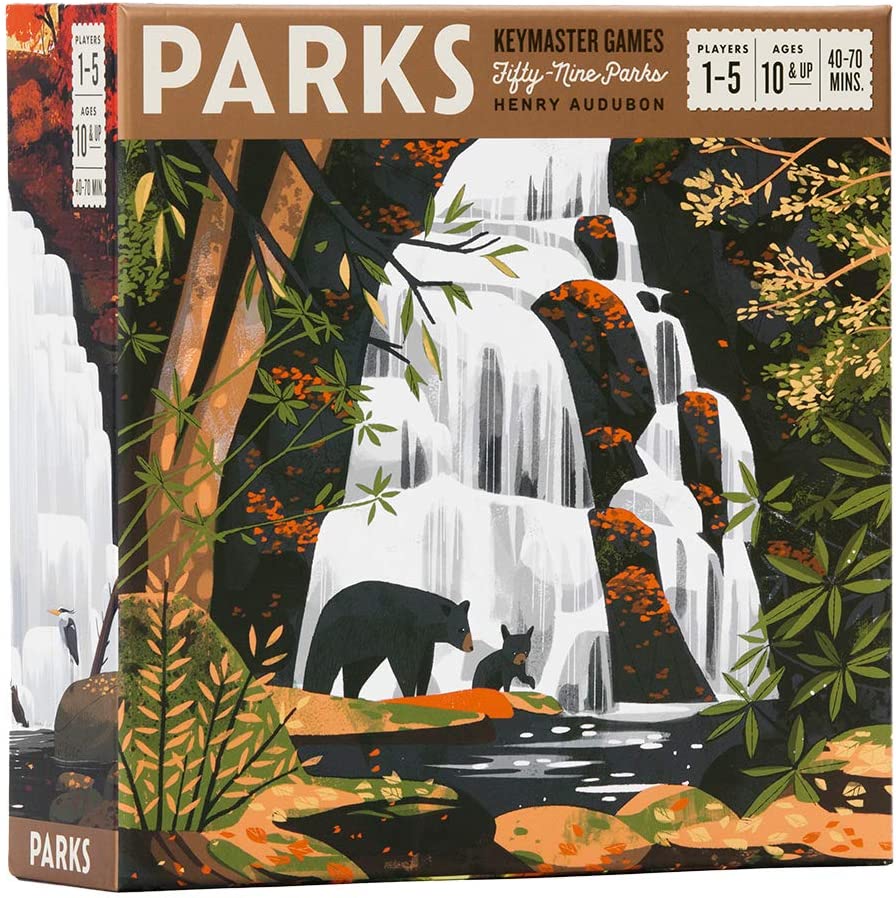 Fun game where players “visit” parks and do different activities. It’s sort of like Tokaido in that each player is moving along a path, and path spaces can’t usually be shared. Some solid strategy involved, but not overly complex. The game contains beautiful artwork and factoids about our National Parks! 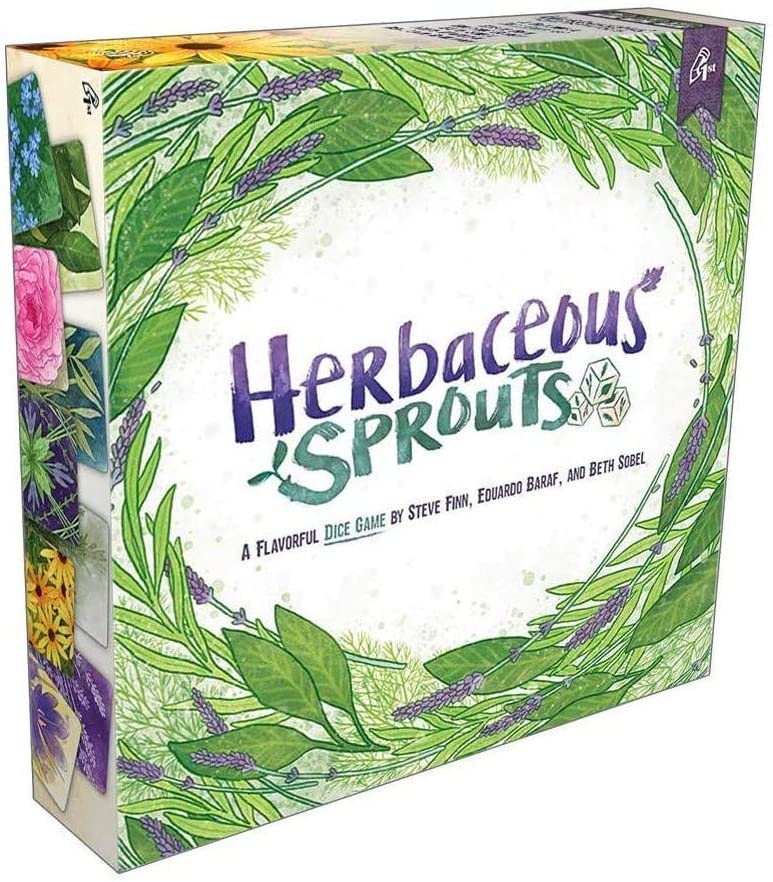 This is a kind of re-imagining of Herbaceous, a fun card game I reviewed 5 years ago. It keeps similar elements of the original like the different ways of forming various collections. But, it manages to make it a little more complicated, and the lovely original artwork is shrunk to appear on small tokens. The tokens aren’t nearly as nice as the cards from the original game and occasionally difficult to decipher. I don’t think this game is an improvement over the original. 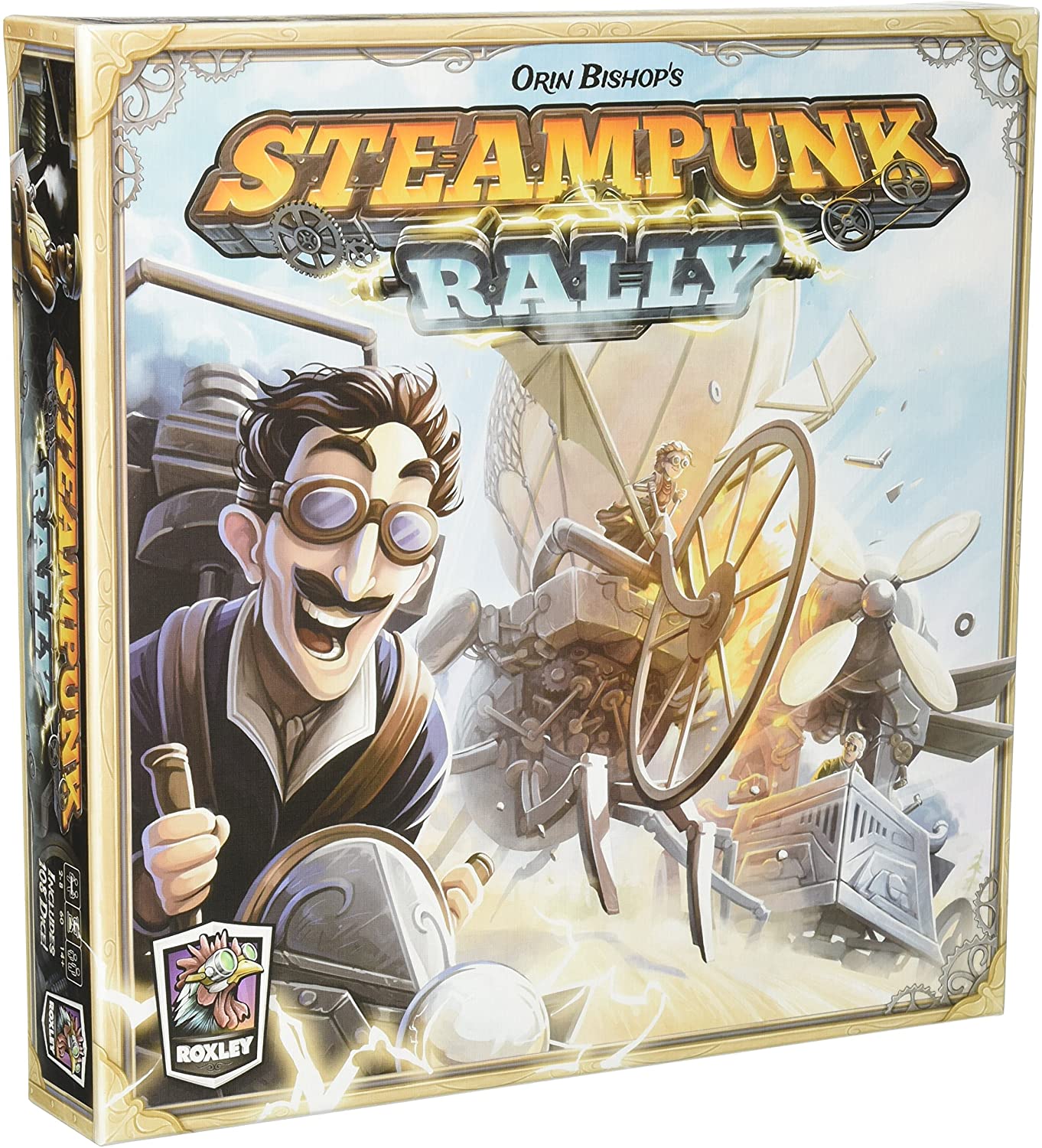 Each player constructs a vehicle from different cards they collect, which can be powered with different colored dice. The amount of energy generated is based on dice rolls, which can indicate how far the vehicle can travel on the race track. It’s tricky to understand at first, but once it gets going, it’s really fun. The end-game scenario seemed like they needed some work; a couple players in my game awkwardly went well beyond the final possible landing square. Besides that, we had a great time with this game! 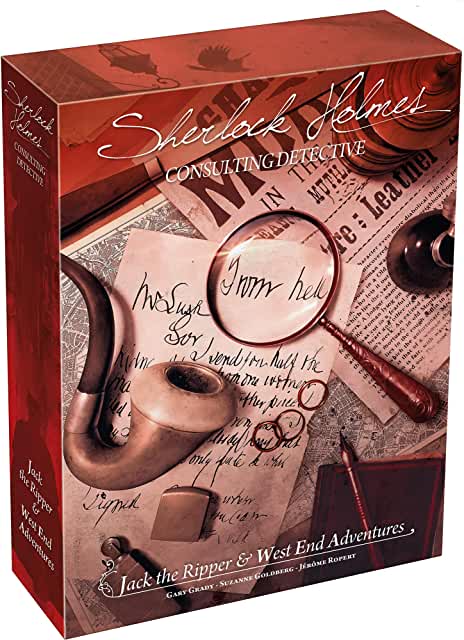 This is a fun cooperative mystery where players work to solve one of the ten case files included in the game. Players can follow leads to visit various people of interest in the case. The game includes a detailed map and directory of 19th century London. It felt a little limited; there were questions we wanted to ask, or details we wanted to scrutinize, but we’re constrained by what the case provides us. However, once players embrace these limitations it’s really fun to try to figure out the mystery together. 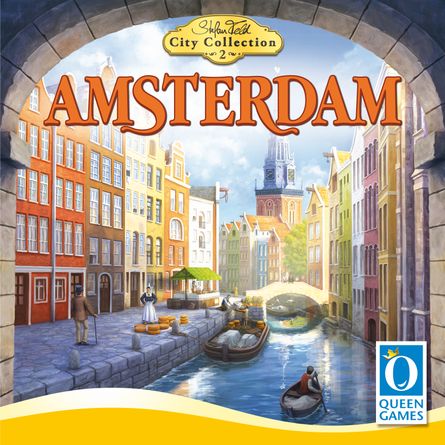 I hadn’t heard of this game before, and it was produced by a recent Kickstarter. The game involves acquiring and trading in resources for commodities, delivering them to storehouses or a black market. I was a little skeptical when I started to play; it felt like a bunch of different mechanics from other games bolted together. But, after playing a bit, it works! I do think the game would benefit from some additional polish; there’s a few rough edges in the gameplay. But, overall it was fun!